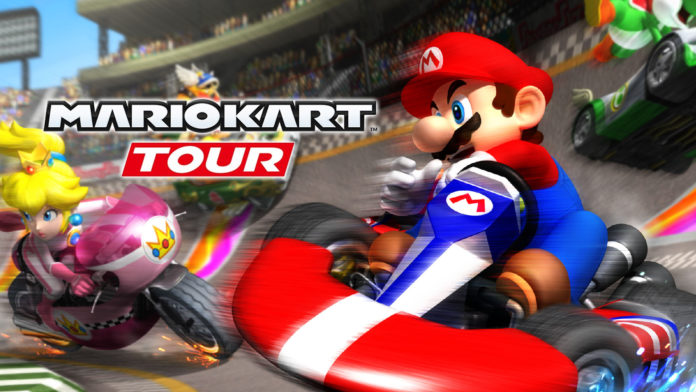 Mario Kart Tour headed to Paris from Nov 5, with a racing circuit that includes famous tourist hotspots such as the Eiffel Tower, Arc de Triomphe, and the Louvre, and the new looks for franchise characters, Princess Peach and Shy Guy.

Skid, slide, and sling power-ups through the streets of Paris – or, at least, the Marioverse’s interpretation of the French capital – in a Nov 5 update to Android and iOS racing game Mario Kart Tour.

Now, the thing to remember is that this is a game that has been delayed more than a few times, with announced dates coming and going, at its core, Mario Kart Tour is yet another game with a famous brand slapped on the top, so strap in, because this ride’s about to get very bumpy.

First and foremost, if you were hoping for a quality Mario Kart game on mobile, this is not it. On the surface, things appear to be fine, so if you’re judging the game by the trailer, everything seems to be in order, but once you actually install the game, you’ll quickly see why this release is the worst Mario Kart title in the history of the series.

The new circuit is also an opportunity for Nintendo to spotlight the versions of two new franchise characters.

Princess Peach wore a summery dress and vacation hat, while the Shy Guy has found a new vocation as a pastry chef, grasping a sturdy hand whisk and topped with a red kerchief and toque Blanche hat.

Previous tour courses have been inspired by New York, United States, and Tokyo, Japan, with Egyptian capital Cairo and Britain’s London on the list of future stop-offs.

Released towards the end of September, free mobile game Mario Kart Tour was not especially well received at review because of avenues toward in-app spending and season pass costs that were considered excessive.

It roared to 90 million downloads nonetheless over the course of its first week over 120 million downloads during its first month, according to the reports from mobile app store tracker Sensor Tower, while the players generated an estimated US$37mil (RM153mil) in revenue over the same four-week period.