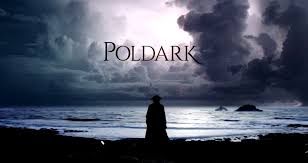 In a tense and somber episode, full of cruel emotional batterings, Ross Poldark (Aidan Turner) must stand against his enemies to fight hard to save the life of his friend, Ned Despard (Vincent Regan), who’s on trial for treason.

It’s a stitch-up, of course, Ned might be a drunk and a loudmouth, but he’s no traitor. Yet the British establishment lines up against him to do its best to shut him up for good, so his daring ideas about democracy and the freedom of slaves are sunk forever.

Ross takes the stand as a defense witness at Ned’s show trial, as does noble doctor, Dwight Enys (Luke Norris), to try to turn the tide and to make the jury see sense. Despard was a real character, so you can Google his fate should you wish to. Things aren’t happy back in Cornwall, either; someone is stealing ore from the Poldark mine and that little minx Tess is causing trouble again.

Geoffrey Charles is forced to make a desperate plan to elope with Cecily before the wedding, and Demelza uncovers a theft at the mine. Sam’s growing attachment to Rosina comes under threat by Tess’s claim to seek a purer life and with Ned’s trial looming large and the odds stacked against them.