Your Cannabis News Dealer – 🌿 Blunt News 🌿
Home Technology New 3D-printing system to spit out custom-fitted bionic hands in under within... 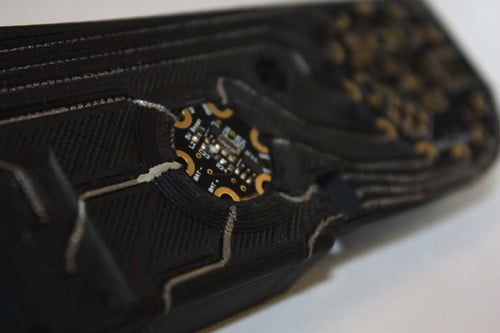 There have been some pretty darn impressive examples of 3D-printed powered prostheses, also known as bionic hands. But getting them to the people who need them as quickly as possible is still something of a hurdle.

The engineers at the U.K.’s University of Warwick and its industry partners have developed and showcased a new system that will allow for the creation of made-to-measure and 3D-printed bionic hands in just 10 hours.

Their breakthrough system is the latest step in a mission to make similar prostheses available to partial amputees in as expedient a manner as possible. The project was funded — to the tune of $1.1 million — by the government-run agency Innovate U.K.

An e-platform has also been developed as part of the project to allow users to provide their required arm dimensions and select the product color. When it will finally be up and running, it will provide an easy point of access for anyone wanting to quickly order a 3D-printed bionic hand.

About the project by ITERATE :

ITERATE has worked alongside Ambionics to create a lower arm prosthetic that leveraged the capability of this new technology. Prosthetics are often difficult to manually assemble because of their complexity and are also weight critical.

Prosthetics that are uncomfortable to wear or oversized or too heavy are rejected by the user. This prosthetic incorporated silver ink tracks, which removes the need for copper wires. The thumb opens and closes to create a firm grip when the user tenses a functional part of their arm, that is located inside the socket.

Through the undertaking of this project, ITERATE had accumulated a vast amount of knowledge on how to design a 3D printed polymer parts that integrate conductive tracks.

This new technology has the capability to create a fully functional electro-mechanical product straight off the machine bed. The 5-axis capability also ensures that the parts created have a much higher structural integrity than those created on a traditional 3-axis machine.

While this project is concentrated on producing a lower arm prosthetic, the potential for this technology to be applied across the aerospace, automotive, medical, consumer and industrial sectors is massive.