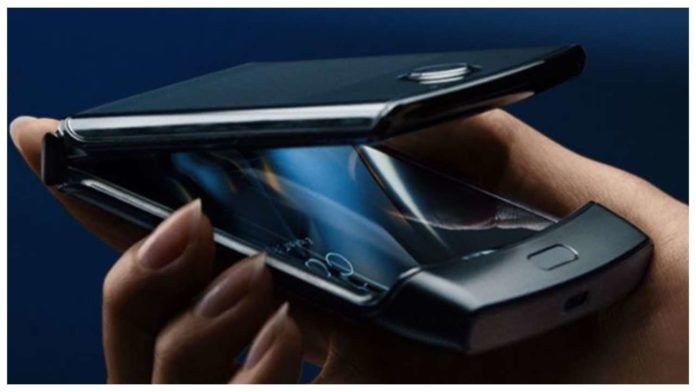 Motorola is bringing back the Razr with a folding display and a new flip form factor and it could be the cheapest folding smartphone this year.

After months of rumors and feverish speculation, the Motorola Razr, which was a household name in the mid-00s at the height of the popularity of flip-phones, is back.

It’s had a 2019 reboot from Motorola and was launched on Wednesday, 13 November 2019 at an event in Los Angeles.

We have more on the modern-retro clamshell below, or you can check out this hands-on 2019 Motorola Razr review video from our colleagues at TechRadar.

Let’s start with the Motorola 2019 price. Back in January 2019, The Wall Street Journal reported that the revived Razr would cost in the region of $1,500 ( £1,170) and that price turned out to be correct. That’s not expensive for a foldable phone but it’s very high when you consider that the hardware specs of the 2019 Motorola Razr are decidedly mid-range.

In the UK, the 2019 Motorola Razr will be exclusively available on EE, with pre-orders also opening in December. It will also be available in the EU, Latin America, Asia, and Australia. Prices for these markets are yet to be announced.

For such an expensive phone, the 2019 Motorola Razr specs are decidedly underwhelming, meaning this is a phone aimed squarely at buyers who want the modern retro look and are prepared to sacrifice the latest hardware features. Let’s be clear: if you’re parting with $1,500 for this phone, you’re paying for the looks and the R&D work that has gone into that folding screen and not for cutting-edge components.

If you were to pitch the new Motorola Razr against either the Samsung Galaxy Fold or the Huawei Mate X in a specs battle it would be obliterated, so we’ll just list those specs below rather than humiliate the 2019 Motorola Razr in a side-by-side specs comparison.

The camera is not class-leading, the processor is merely upper mid-range and the battery capacity is on the small side (it’s even smaller than the Google Pixel 4, which we criticized for having middling battery life). It’s also worth noting that while the screen folds, you don’t get any more screen than you do on a non-folding smartphone, unlike the Galaxy Fold and the Huawei Mate X which offer big-screen tablet modes.

Below are the key specs for the new Razr :