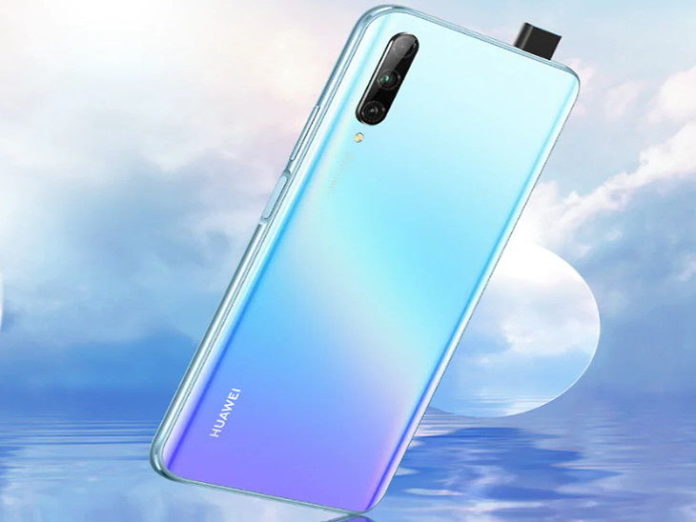 Huawei Y9 Prime (2019), the first pop-up selfie camera smartphone from Huawei, released in India today. We have already come across teasers for the smartphone ahead of its official release. It will be available online via Amazon India. The smartphone is the successor of Huawei Y9 (2019), which was launched in January.

It will be priced to compete with the likes of Realme X, Oppo K3, and Xiaomi Redmi K20. This is the first major release from Huawei since it has announced a partnership with Micromax for offline retail expansion.

In terms of specifications, Huawei has confirmed that the Y9 Prime (2019) will feature a 6.59-inch Full HD+ display. On top of the list is the 6.59-inch Ultra FullView Display with a 91% screen-to-body ratio. Next on the list of reasons to buy the Y9s is its 48 megapixels Triple Camera setup.

It will also use an LCD panel offering a 91 percent screen-to-body ratio. Since it employs a pop-up camera, you will be getting a full view display design. It will come with 4GB RAM and 128GB storage powered by Kirin 710. Y9 prime is expandable with a microSD card of up to 512 GB worth.

It is not clear whether Huawei plans to offer 6GB RAM variants as well. The Y9s runs on Huawei’s EMUI 9.1 on top of Android Pie 9.0.

There is a 16-megapixel primary camera along with a 2-megapixel depth camera. The third camera could be an ultra-wide-angle sensor. For selfies, Huawei is offering a 16-megapixel shooter. It claims the mechanism takes less than one second to pop-up when you activate a selfie camera.

There are also AI-backed enhancements to improve the camera experience. Huawei won’t be able to pre-load its new smartphone with Google apps like Gmail and YouTube, creating new headwinds for the Chinese firm facing US sanctions.